In 1997, British author J. K. Rowling introduced the world to Harry Potter and a literary phenomenon was born. Millions of readers have followed Harry to the Hogwarts School of Witchcraft and Wizardry where he discovers his heritage, encounters new plants and animals, and perfects his magical abilities. Although a fantasy story, the magic in the Harry Potter books is partially based on Renaissance traditions that played an important role in the development of Western science, including alchemy, astrology, and natural philosophy. Incorporating the work of several 15th- and 16th-century thinkers, the seven-part series examines important ethical topics such as the desire for knowledge, the effects of prejudice, and the responsibility that comes with power.

This exhibition, using materials from the National Library of Medicine, explores Harry Potter’s world, its roots in Renaissance science, and the ethical questions that affected not only the wizards of Harry Potter, but also the historical thinkers featured in the series.

This exhibition is brought to you by the National Library of Medicine, National Institutes of Health. Curated by Elizabeth J. Bland. 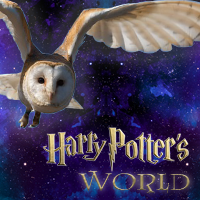