Home / About / News / British Association for the Advancement of Science

British Association for the Advancement of Science 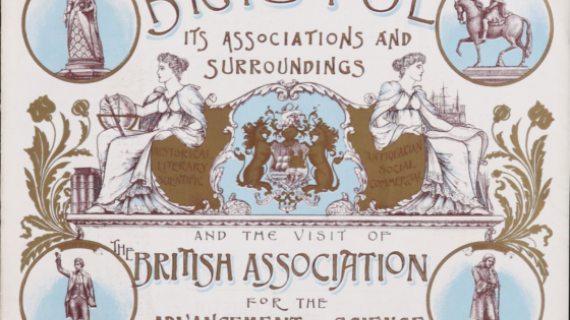 The UCR Library has recently acquired access to the digital archive of the British Association for the Advancement of Science (BAAS).

This archive completes the library’s collection of digital archives from Wiley, which includes the New York Academy of Sciences, the Royal Anthropological Institute of Great Britain and Ireland, the Royal College of Physicians, and the Royal Geographical Society.

This archive documents 150 years of scientific discovery, from the BAAS’ founding in 1831 through the 1970s. The materials within track Britain’s emergence as a center for science and provide an insider’s perspective that researchers can’t get anywhere else: more than ninety percent of the content within this unique archive has never been cataloged or available digitally until now.

The BAAS embodied the organized, and successful, efforts of the British scientific community to transform science from a self-funded endeavor of the wealthy into a government-funded professional activity at the center of social and economic development. In 2009, BAAS became the British Science Association (BSA). The new association has expanded on the original mission of putting science at the center of society, culture and education, and is focused on increasing the number, range and diversity of people actively engaged with scientific studies, activities and developments.

This is the only archive connecting the works, thoughts, and interactions of the most influential scientists of the time, from Darwin to Ramsay, and documenting the history of British science from the 1830s through the 1970s across disciplines and universities.

Use this link to access the British Association for the Advancement of Science. If connecting from off-campus, be sure to sign into the Global Connect VPN first.