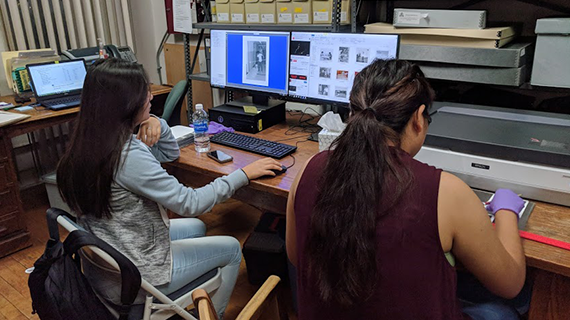 Little did she know that one day, she would be part of a monumental, two-year collaborative project between the Sherman Indian Museum and UCR Library’s Inland Empire Memories initiative,  that was made possible by a grant received from the Council on Library and Information Resources’ Digitizing Hidden Special Collections and Archives: Enabling New Scholarship through Increasing Access to Unique Materials program.

Dominguez joined the library team in mid-July 2017. Since September, she and her three Sherman Indian High School student workers Kassie, Marisa, and Koby have been busy digitizing Sherman’s archival materials and preparing them for online publication via Calisphere.

“It's kind of like a treasure hunt because you never know what you're going to see,” Dominguez said. “I really like seeing the pictures of the younger kids. After you see the same face four or five times, you start to get attached.” 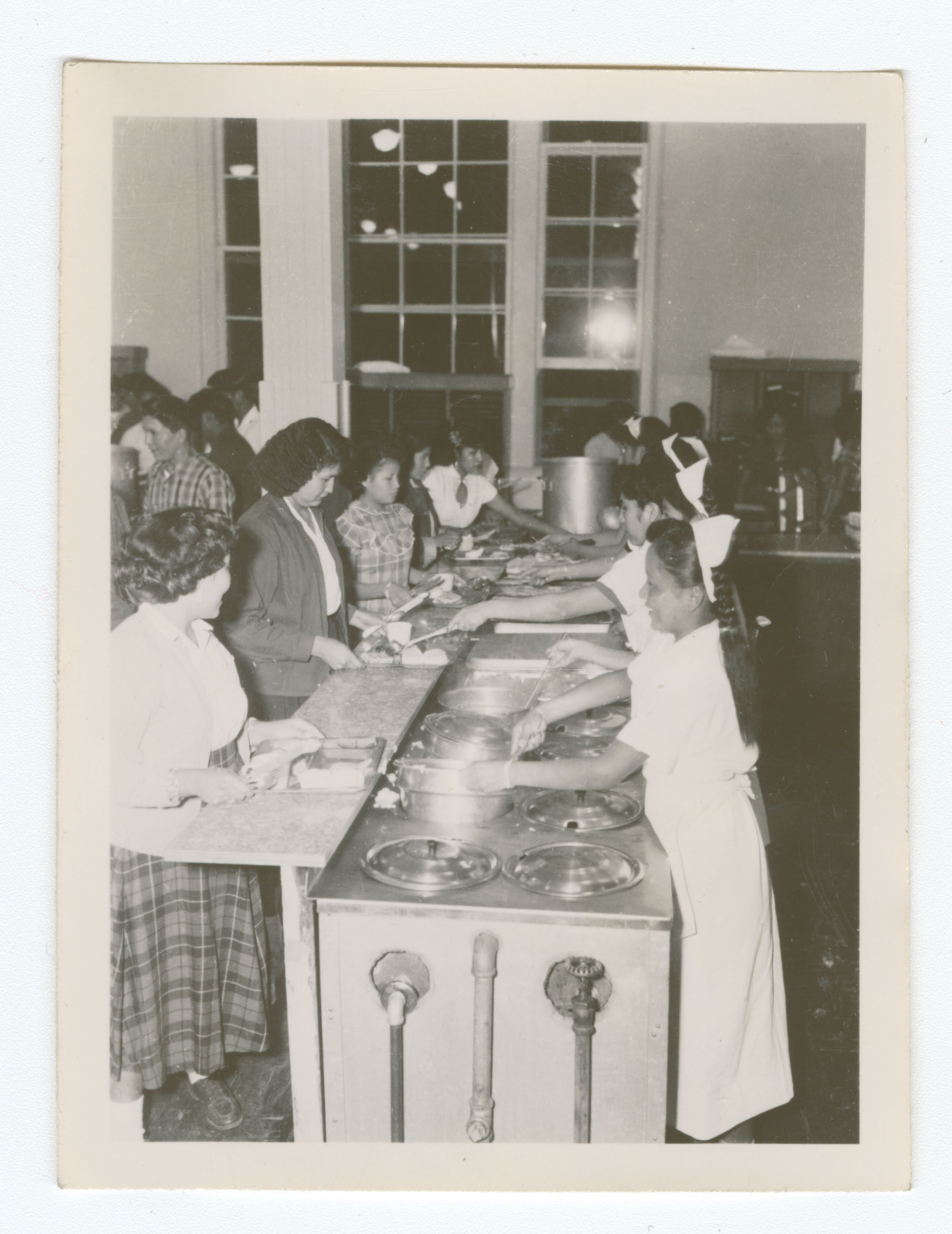 The photographs and archival documents that Dominguez and her team are digitizing depict a cultural odyssey that spans many decades, rich with the history of local Native American people as well as those who have come to study at Sherman from all over the continental United States. They chronicle the early days of the Sherman Institute, years when it served as a vocational school, and the era after 1970, when it became Sherman Indian High School. “The school has a really solid cultural program, and that's a really big draw for a lot of the kids,” Dominguez explained.

The project aims to not only preserve and increase access to these materials online, but also to help Sherman Indian High School students gain valuable, hands-on work experience with handling, digitizing, and creating descriptive metadata for cultural heritage materials.

Work experience can be hard to come by for boarding school students, who aren't allowed to leave campus without supervision from their parents or school staff. Dominguez explained, “One of the main goals of this project is to give the Sherman students a chance to learn skills that they can use in the future and allow them to be less financially dependent on their families. For all of them, it's their first real job.”

Koby said that he enjoys learning about Sherman’s history while working with the photos and seeing how fashion trends and hairstyles changed over the decades. Kassie enjoys the digitization process. “It’s fun to enlarge the scans to see the hidden details,” she said. 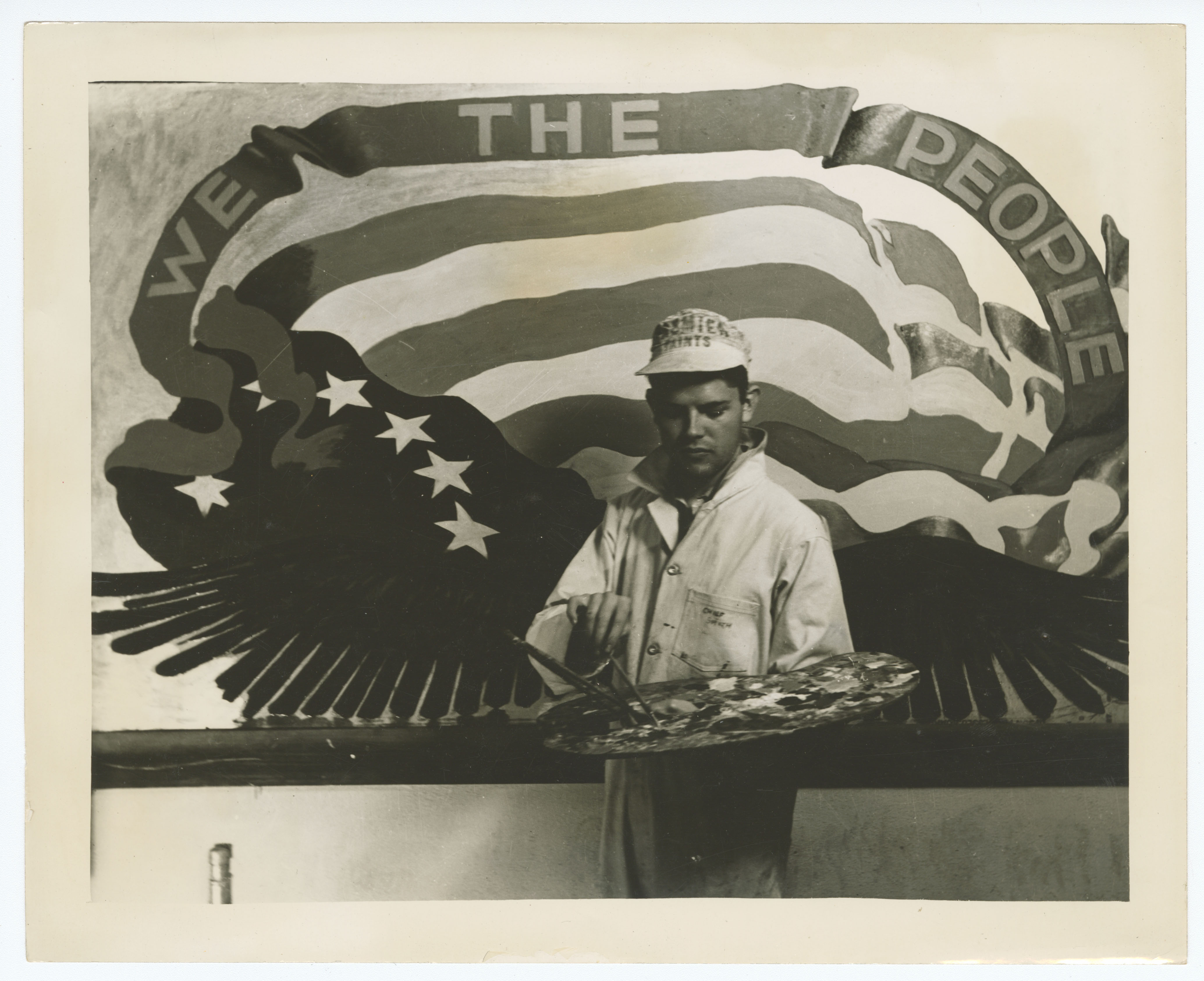 Their goal is to digitize an estimated 10,000 items and complete descriptions for each so that they can be indexed by search engines when made available online. To date, they have digitized over 2,000 items and finished the accompanying metadata for 1,200 of those files. That puts them on target to complete the project on-time by the summer of 2019.

These three students will work with Dominguez until the end of this semester, and then she will train four new students over the next term. “I made the decision to rotate the kids in conjunction with the museum curator, Lori (Lorene Sisquoc),” Dominguez explained. “We wanted to make sure as many kids as possible had the experience, if they wanted it.”

Once published online, this collection will be a valuable resource to researchers worldwide, as well as to Sherman Indian High School alumni. “A lot of the researchers who come here are doing genealogy, or they're alumni looking for things to show their kids or grandkids, and a lot of them can't travel like they used to,” Dominguez said. “So having things published online will be so useful to them.”

They are also hoping to crowd-source captions and other identifying details for the photographs. “Lori is hoping that, once these get published, family members or maybe even the alumni themselves will come forward and say, ‘Hey, that's me!’ or, ‘Hey, that's my aunt!’ and help us put names to these faces.”

Dominguez said that the Sherman Indian Museum and the UCR Library project team plan to share information about what the project has accomplished, how they plan to use it, and why they did it within both the Native American and academic communities.