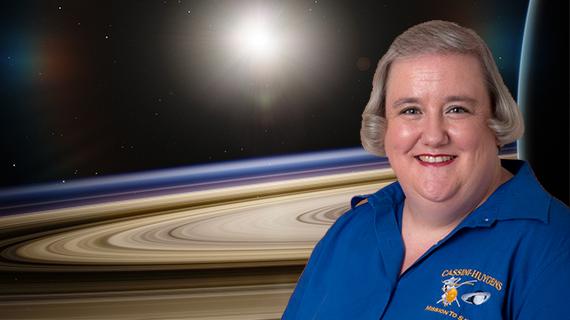 Ray will highlight the most exciting discoveries of NASA’s 20-year mission to Saturn, which ended with the Grand Finale on September 15, 2017. The talk will provide an overview of the questions the Cassini mission has answered (and will continue to generate) about the planet Saturn, its magnetosphere and spectacular rings, and Titan and the other icy moons.

The international Cassini-Huygens spacecraft was launched on October 15, 1997 and entered orbit around Saturn on June 30, 2004. The 23-foot tall, 14-foot wide, 6-ton spacecraft was the largest most sophisticated outer planet spacecraft ever built. Its key discoveries included liquid methane seas on Titan, and the global ocean with indications of hydrothermal activity within the moon Enceladus. Even in its last moments Cassini added to the massive amount of data it had collected.

This program is cosponsored by UCR Library and the Librarians Association of the University of California - Riverside Division (LAUC-R).

About the presenter: Trina L. Ray is an astronomer at NASA s Jet Propulsion Laboratory, where she started her career with a bang – working on the Voyager Neptune Encounter in August of 1989. A few years ago she accepted the position of Cassini Science Planning and Sequencing Team Deputy, the team that coordinated all the science and uplinked the final sequences to Cassini, and focused on the exciting end of mission planning. Trina received her Bachelor's degree in Physics from CSUN and her master's degree in Astronomy from San Diego State University. Trina has received numerous awards, including a NASA medal for Exceptional Service, and she is an active public speaker for NASA, invited to give many talks around the nation.