Home / About / News / The festival that launched a thousand animators: raising funds to support Spike and Mike’s archive

The festival that launched a thousand animators: raising funds to support Spike and Mike’s archive 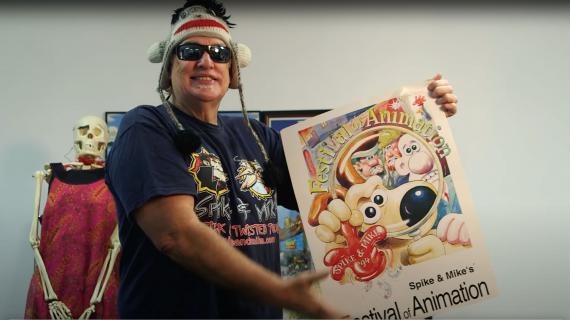 Born in 1954 at March Air Force Base, Riverside native Craig “Spike” Decker has been a hustler and natural promoter for as long as he can remember.

Decker and a childhood friend named Gerald once made up a carnival for neighborhood kids. “We’d ride around on our bicycles and promote it,” he explained. “We’d make like 75 cents each and it was phenomenal.”

In his late teens, Decker’s entrepreneurial ventures meandered from promoting rock ‘n’ roll shows for his 50s cover band, Sterno and the Flames (where his nickname “Spike” was born), to 16 mm midnight film shows. The latter would eventually define his career destiny and cultural legacy, though Decker didn’t know it at the time.

Around 1975, at age 21, he spotted a huge, three-story Victorian house on Magnolia Street that was past its prime. He tracked down the owner, a local architect, who agreed to rent the house to him for $250 a month, as long as Decker didn’t bother him about repairs. Decker rented out the 14 rooms to his friends, and collectively, they dubbed that house “Mellow Manor.”

“We became notorious, almost Animal House,” Decker said. “The police didn’t like us much because we’d have these huge parties.”

At one party, an obnoxious guy in a clown costume wandered in and quickly got thrown out. His name was Mike Gribble, and that’s how the friendship between Spike and Mike was forged. 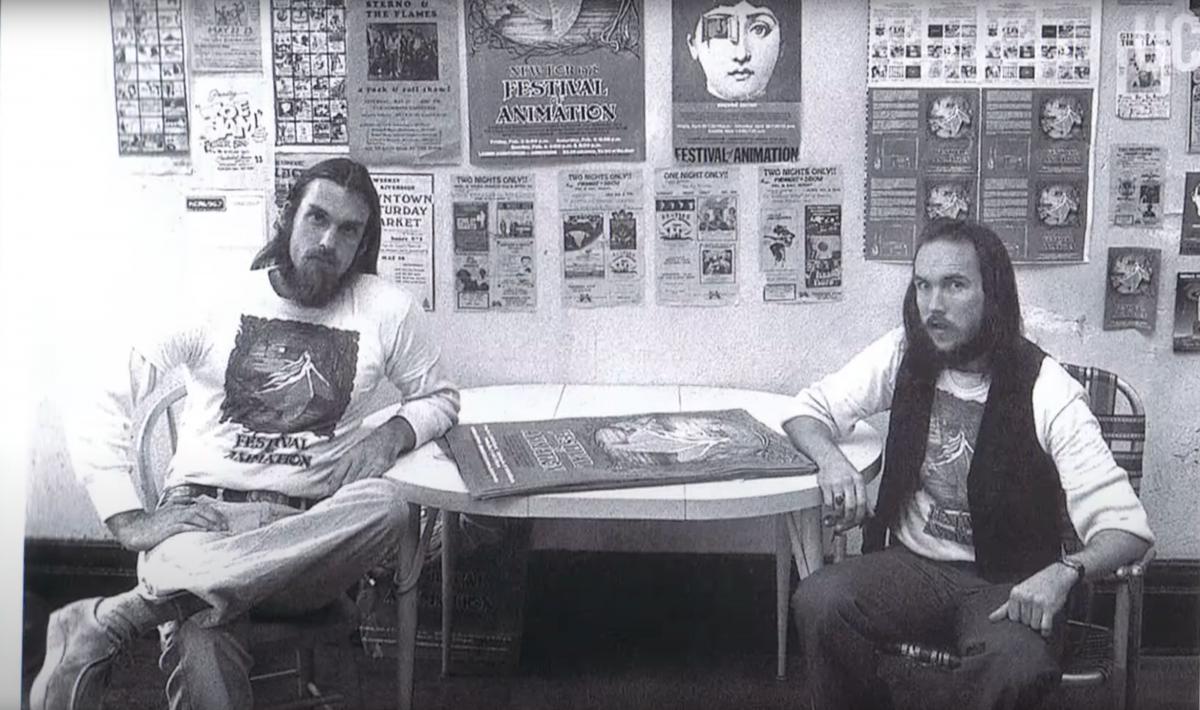 Soon, Spike asked Mike to get involved with a crazy idea: curating a show made up entirely of animated shorts, but not the kind of cartoons that most people knew and loved. “The general public only knew Looney Tunes and Disney,” Decker said. Instead, he wanted 90 minutes of animated shorts like no one had seen before: countercultural, avant-garde, and funny but with off-kilter humor. In 1977, the two co-founded Spike and Mike’s Festival of Animation, with startup funding from a friend’s legal settlement from a motorcycle accident. Their first show premiered in Landis Auditorium at Riverside Community College.

Since they were looking for unusual animated shorts, they began hunting for emerging artists in the industry. “We’d go to the CalArts [California Institute of the Arts] Producers’ Show every year in Valencia. That’s where we met people like Pete Docter and Andrew Stanton. We called them the ‘CalArts kids,’” Decker said.

“The one skill we really fine-tuned was finding the talent before they became known to the public,” Decker continued. “It’s like someone who works with instruments knowing the moment they hear a Stradivarius violin. I know what plays, what has entertainment value.”

Their eye for talent was strong, indeed. Docter is now the Academy-Award winning head of Pixar Animation Studios, where he wrote and directed Up, Inside Out, and Soul. Another Oscar-winner, Stanton wrote and directed several blockbuster films for Disney, including WALL.E, Finding Nemo, and Finding Dory.

Other modern animation legends whose careers launched at Spike & Mike’s include:

“You have to make sure you deliver if you want the people to come back,” Decker said. “We took a lot of pride in not deceiving people and making sure when they left, they got more than their money’s worth.”

After years of success, in 1990 Spike and Mike added a stranger offshoot, the Sick and Twisted Festival of Animation, which was tailored for the 18-and-over crowd. “There wasn’t enough content out there already, so we would funnel money back in order to produce this content in order to be able to have a 90 minute show,” Decker said.

Spike and Mike’s Festival of Animation flipped the industry on its head, eschewing family-friendly styles and happily-ever-after formulas, and rather embraced a maverick vibe and twisted sense of humor that redefined animation at the turn of the twenty-first century.

Decker first donated his groundbreaking archive of avant-garde animation to UC Riverside’s College of Humanities, Arts, and Social Sciences (CHASS) in 2014. It was transferred to the UCR Library in 2020, as CHASS felt that the library would be better equipped to preserve the collection and make it accessible for research and study.

The archive is not yet available to the public. Tiffany Moxham, Associate University Librarian for Content and Discovery, explained, “By fall quarter 2021, we will launch a fundraising campaign to support the stabilization, preservation and digitization of this archive, to provide long-term accessibility to researchers.”

The Spike and Mike’s Festival of Animation archive contains more than 2,532 reels, totaling approximately 650,000 feet of film. The value of the time and money invested in producing these shorts for the festival, plus the producers’ discernment for spotting emerging talent, combined with the festival’s lasting impact and legacy in the animation industry makes it extremely difficult to assign a monetary value to this collection.

Imagining what the academic community could do with this archive, in terms of research, study, and creativity, is equally valuable, which is why the library has prioritized the need to preserve and make this collection available to the public as soon as possible.

Those interested in supporting the Spike and Mike’s Festival of Animation fund are encouraged to contact Jernine McBride, Associate Director of Development, for more information.