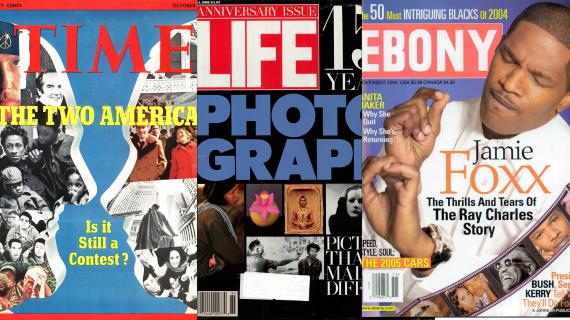 The three magazines are:

The Life magazine archive presents an extensive collection of the famed photojournalism magazine, spanning its very first issue in November 1936 through December 2000 in a comprehensive cover-to-cover format. Published by Time Inc., the magazine has featured story-telling through documentary photographs and informative captions. Each issue visually and powerfully depicted national and international events and topical stories, providing intimate views of real people and their real-life situations.

The Time magazine archive includes more than 4,000 issues of the prominent news magazine, dating back to its first issue in March 1923 through December 2000. This weekly magazine contains reports of national and international current events, politics, sports, and entertainment. Capturing the relevant news for a given week, the magazine remains an important resource for researchers studying just about any aspect of Twentieth Century history and life.

The Ebony, Life, and Time magazine archives are available on the EBSCOhost platform and may be searched simultaneously with the UCR Library’s other popular EBSCOhost databases, such as Academic Search Complete. Articles and cover pages are fully indexed and advertisements are individually identified, ensuring researchers and readers can quickly and accurately locate the information they seek.