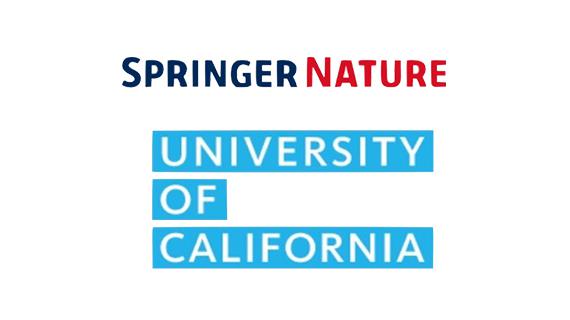 On June 16, 2020, the University of California announced a transformative open access publishing agreement that will make more of the university’s research freely and immediately available to individuals and researchers across the globe.

The deal furthers the global push for open access to scientific research by bringing together UC, which accounts for nearly 10 percent of all U.S. publishing output, and Springer Nature, the world’s second largest academic publisher.

The agreement, which is the largest open access agreement in North America to date, and the first for Springer Nature in the U.S., signals increasing global momentum and support for the open access movement. As leaders in accelerating the pace of scientific discovery, UC and Springer Nature aim to get research into the hands of scholars and the public to help solve the world’s most pressing problems, including those in the critically important fields of medicine and health care.

“During my years leading the University of California, I have fervently supported expanding knowledge through various avenues, including access to research,” said UC President Janet Napolitano. “Now, more than ever, as we seek to better understand and combat COVID-19, it is abundantly clear why researchers need immediate, unfettered access to each other’s work to spur new discoveries and make timely advancements in health care.”

Under the four-year agreement, all UC research published in more than 2,700 of Springer Nature’s journals will be open access. In addition, the deal commits Springer Nature and UC to launching an open science pilot project in 2021 and to developing a transformative path for the prestigious Nature journals, to be fully operational by the third year of the agreement. The deal, which also provides UC students, faculty and researchers with access to over 1,000 journals to which UC did not previously subscribe, upholds the university’s goal to manage its costs for academic journal subscriptions responsibly.

UC has worked to advance open access since 2013, when the systemwide faculty Academic Senate endorsed an Open Access Policy that affirmed its commitment to “disseminating its research and scholarship as widely as possible.” Learn more about open access at UC.

Over the course of the year, UC has also implemented four other transformative open access agreements, with a diverse range of publishers — Cambridge University Press, society publisher ACM, and native open access publishers JMIR and PLoS) — and conversations with other publishers are still underway. Together, these deals demonstrate the broad potential of UC’s approach to transform scholarly publishing in the United States to a sustainable, open access model, and to provide broad public access to the fruits of UC’s research.