Nalo Hopkinson is an award-winning Jamaican and Canadian science fiction & fantasy writer and a pioneering figure of the Afrofuturism and Alternative Futurism movements. She was born in Kingston, Jamaica in 1960, and spent her early years in Guyana and Trinidad before landing in Toronto at the age of sixteen. She studied with science fiction writer James Morrow while pursuing a Masters of Arts degree at Seton Hill University. In 2011 she became a professor in the Department of Creative Writing at the University of California, Riverside. Hopkinson has won a number of awards during her career including the Locus Award, John W. Campbell Award, and Andre Norton Award. Her works have also been nominated for the Philip K. Dick, Hugo, Nebula, Tiptree and other awards.

The collection contains manuscripts and galley proofs for the literary works of Nalo Hopkinson. Manuscripts in the collection include Midnight Robber, Skin Folk, Mojo: Conjure Stories, Griffonne, Brown Girl in the Ring, Sister Mine, and The Chaos. 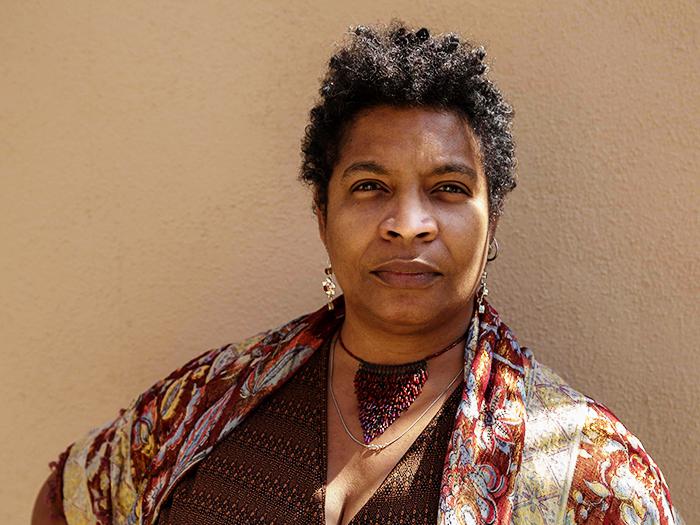