The Collection on Philip K. Dick consists of press clippings, publications, short stories and manuscripts regarding Philip K. Dick, an American novelist who has published almost entirely in the science fiction genre. His works have been published in numerous literary magazines, such as Galaxy, Amazing Stories, and Fantasy and Science Fiction. The collection also consists of newsletters from the Philip K. Dick Society, and photographs and press booklets from the film Blade Runner.

Philip Dick wrote one hundred and twenty-one short stories and published most of them to literary magazines, such as The Magazine of Fantasy & Science Fiction, Worlds of Tomorrow, and Amazing Science Fiction . He also published forty-four novels, including The Man in the High Castle and Do Androids Dream of Electric Sheep? Dick’s work has been adapted to numerous films and television shows, such as The Man in the High Castle on Amazon Video, Blade Runner, and Total Recall.

Dick passed away on March 2, 1982 in Santa Ana, California. A year after his death, the Philip K. Dick Award for science fiction writing was inaugurated. 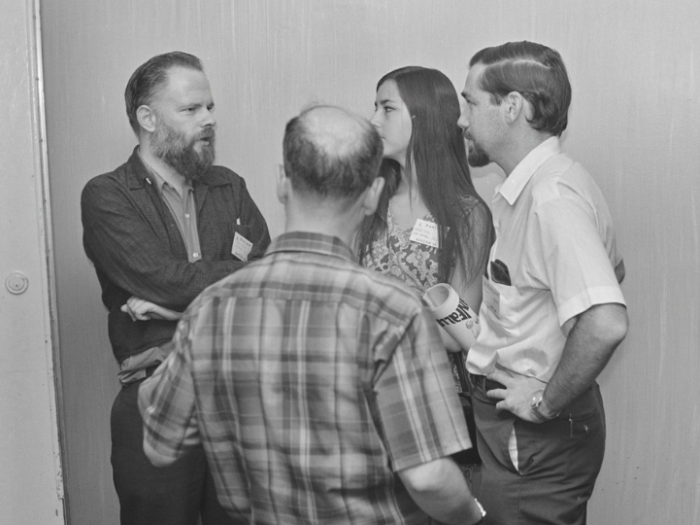