Tomás Rivera was born on December 22, 1935 in Crystal City, Texas. Rising from humble beginnings as the son of Mexican migrant farm workers, Rivera went to Southwest Texas State University, where he received his B.S. in English Education in 1958. He returned to Southwest Texas State to get a Master's in Education in 1964, and in 1969, received a Ph.D. in Romance Literatures from the University of Oklahoma. Rivera taught at the university level for many years at various institutions before becoming Chancellor of the University of California, Riverside in 1979, the first minority chancellor in the University of California system. He served as chancellor until his untimely death on March 16, 1984. 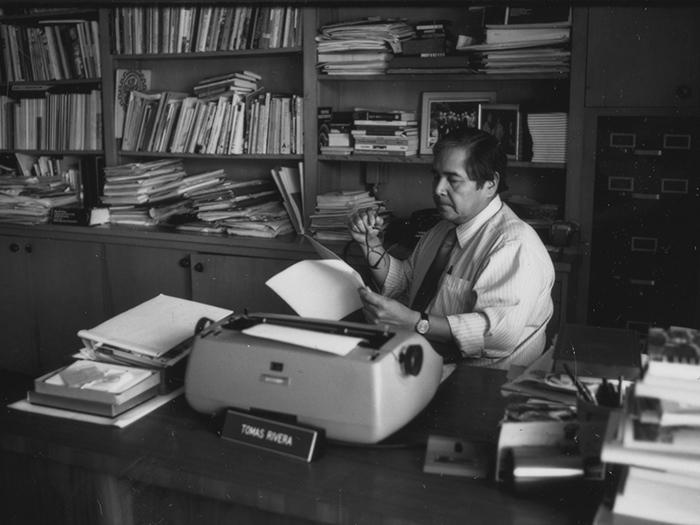